The Nightmare Man Part One They’re still doing the whole saga sell. From what I understand Luke is just a featured player this season, yet he’s still in the saga sell. They really love slowly zooming in on the Earth and the United Kingdom. That’s not how you get out of handcuffs, get a shim under the clicky clicky parts, tighten it one click while putting the shim in between the clicky clicky parts and the locking mechanism, and then slide it out. So Luke is going to Oxford, good for the boy genius, but still needs to learn how to be a human. I guess high school wasn’t really… Read More »Doctor Who Story xx – The Sarah Jane Adventures Series 4 & Sarah Jane’s Alien Files

Doctor Who Serial 069 – The Green Death

Farewell season ten and farewell Jo Grant. In these last six episodes of season 10 we see The Doctor, Jo and UNIT investigating a chemical plant and an abandoned mine in South Wales where a scientist is playing with mushrooms. Things get trippy maggots attack miners and cause a green death to infiltrate them. In the end, Jo saves the day with the brown cure. Jo tells The Doctor that she’s not joining him on his next adventure, but instead staying with the scientist who wants to take her with him on his next adventure… and get married? They just met! But everyone seems happy for them, they even sing… Read More »Doctor Who Serial 069 – The Green Death 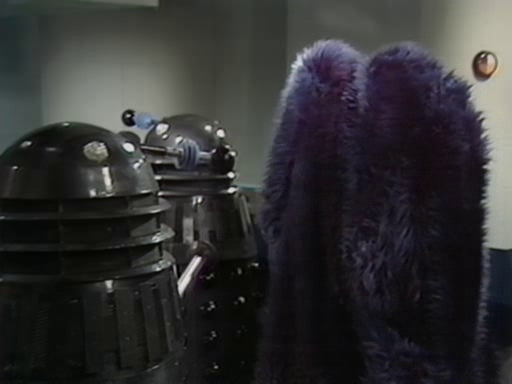 DOCTOR WHO SERIAL 068 – Planet Of The Daleks

I got tired of Doctor Who and as such, I stopped watching it for a bit between episodes 5 and 6 of “Planet of the Daleks.” It wasn’t a very good episode, and I’m very tired of Jon Pertwee. I never loved him as The Doctor and I’m ready for Tom Baker. Except I still have 32 more episodes of the Pertwee era. The one thing that should’ve kept me interested in this serial is the fact that The Doctor and his co-conspirators dress up like Sesame Street monsters to hide from the Daleks. This might sound strange, but here’s the thing. There’s another creature in this story, who ally themselves… Read More »DOCTOR WHO SERIAL 068 – Planet Of The Daleks 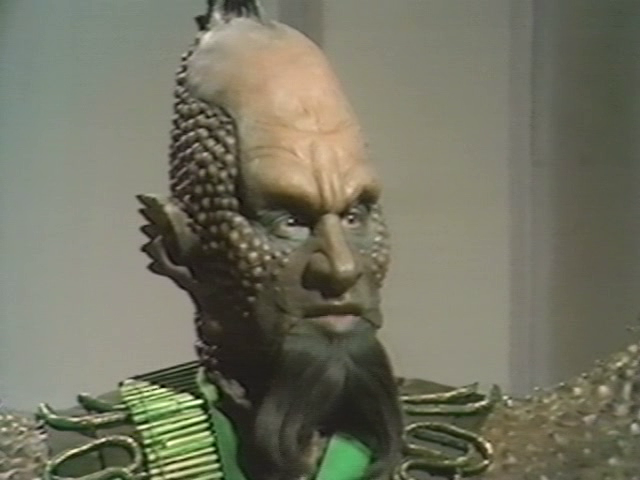 DOCTOR WHO SERIAL 067 – Frontier In Space

This six part season 10 serial, starring Jon Pertwee is a lot of fun, but it’s also ridiculous and makes very little sense. The Doctor finds himself in Earth’s future when Earth is one of the superpowers in the known universe. They are colonizing the galaxy, but as are the Draconians1. The Draconians, as pictured above, are at a precarious peace with Humanity. There are some space raids here and there, but the Draconian empire is xenophobic and ready to attack, as are the Humans. The Doctor and Jo find themselves on a ship that is being attacked. The Humans think they see Draconians attacking them, but The Doctor sees… Read More »DOCTOR WHO SERIAL 067 – Frontier In Space

DOCTOR WHO SERIAL 066 – Carnival Of Monsters

The Doctor and his ever annoying companion, Jo, set their TARDIS down inside a peep show machine. This machine has the capabilities shrink matter, and store an entire ship, it’s crew and passengers. And that’s in only one compartment. The machine is topped with a beautiful CRT television, which allows those on the outside to watch what’s happening on the inside. A traveling pair of entertainers or swindlers arrives on a planet with their machine in tow. They are penniless and ready to entertain the people of this planet with their machine of wonders. Unfortunately the people on the planet don’t care. Unfortunately for the writers, nor do I. It… Read More »DOCTOR WHO SERIAL 066 – Carnival Of Monsters 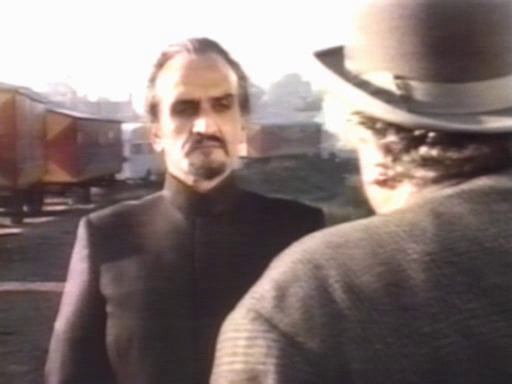 Doctor Who Serial 055 – Terror of the Autons

Synopsis: The Master arrives on Earth stealing the Nestine Consciousness and planting himself in a plastics factory. This is the first time we meet The Master, an old childhood friend of The Doctor’s, who has turned evil. It’s also the first time we encounter Time Lords other than The Doctor since War Games. There’s both The Master, and another Time Lord pops in to warn The Doctor wearing a bowler hat and suit. Not the most Time Lordy outfit. We don’t know much of The Master’s intentions, but he is intent on causing disruptions in the lives of humans and The Doctor. We are also introduced to Jo Grant. Liz… Read More »Doctor Who Serial 055 – Terror of the Autons