I think when Pixar announced they would be making a sequel to Cars, everyone over the age of 10 was unhappy. While Pixar consistently makes some of the best films, Cars was one of the few failures. Financially, Cars was a huge success, but cinematically it wasn’t a very good film. Since Cars 2 came out, I’d been wanting to see it, just because it’s Pixar, but never really having the desire. I finally watched it, and I have to confess, it’s a good film. It’s not as good as most Pixar films, but it’s certainly better than its predecessor. Cars 2 is a spy film. Like the Bond films, the audience is immediately… Read More »Cars 2

Going through my old blog posts to see how it looks with the new theme. It all seems to be working well, but I came across a lot of posts that are a month in review. I had set up a goal for how much media I’d consume in that year and tracked it. I liked that. I’m going to start doing that for the rest of the year. So here are my goals from July 9-December 31… Books I’ll read (5): Films I’ll see (20): Albums I’ll buy (20): Concerts I’ll attend (15): Plays I’ll attend (3):

Let’s take a brief break from discussing NXNE and talk about the new Superman film, Man of Steel. In 2006 Bryan Singer decided that the best way to return Superman to the big screen was to acknowledge the brilliance of the 1978 Superman film and its 1980 sequel Superman II by ignoring the remaining sequels and telling the story from that point onwards. After seeing the genesis of Superman time and time again, did the audience really need his origin story, again? Singer apparently thought not. What it did need, however, was a good film, and Superman Returns was not that. Hell, Superman III with Richard Pryor was a better… Read More »Man of Steel 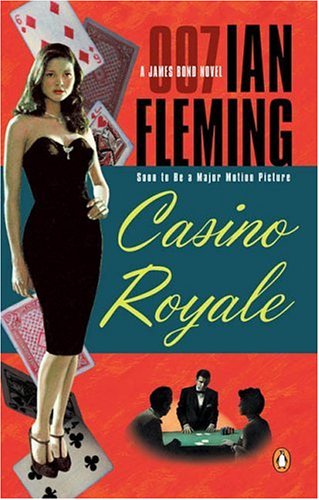 I’ve decided to slowly read all the James Bond novels, then rewatch the film, review the two. The first James Bond novel is “Casino Royale,” while there are numerous films based on this novel, I’m going to focus on the Daniel Craig one. The novel isn’t very good. It’s a quick read, that’s certainly positive, however the negatives are great in this book, such as numerous chapters devoted to informing the reader how to play baccarat, something that’s never interested me. To the point that when I think of baccarat, I think of the scene in A Hard Day’s Night where Paul’s grandfather steal’s Ringo’s casino invite. The book’s portrayal of… Read More »Bond 01: Casino Royale vs. Bond 21: Casino Royale

Once again, Sarah Polley exhibits her uncanny ability to rip your heart right out of your ribcage and give it a thorough thrashing. Polley’s second film as director is a tale of a Margot (Michelle Williams) a woman who in Cape Breton mets Daniel (Luke Kirby). They get to know one another en route back to Toronto and opt to share a cab back to their homes. Turns out they’re neighbours in West Queen West, and while they quickly fall for one another, as Margot leaves the cab, she feels the need to inform Daniel that she’s married. Her husband Lou (Seth Rogen) is a chef working on a cookbook,… Read More »Take This Waltz

The Avengers in Glorious 2D

On a whim, I went to see Joss Whedon’s latest film Marvel’s The Avengers! Yes, “Marvel’s” is in the title, ugh! The Avengers is the story of superheroes joining forces to defeat the evil Loki. The heroes are Thor, Iron Man, Hawkeye, Black Widow, Captain America, and The Hulk. The previous films were mediocre to bad films starring these superheroes, then ends of each film had Samuel L. Jackson as Director Fury trying to cobble together the Avengers. The end is near, so the heroes must come together and kick some ass. For those unfamiliar with Joss Whedon’s work, he really likes writing about heroines; from Buffy The Vampire Slayer… Read More »The Avengers in Glorious 2D

Cabin In The Woods

[youtube https://www.youtube.com/watch?v=rXMfTm2Hbig&w=450] I will start by saying that I’m not a big fan of horror. I like the occasional horror film, but it’s never been a genre to float my boat, and then have zombies climb aboard, and sink the boat while they eat my brains. Cabin In The Woods is not your average horror film. It was written by Joss Whedon (Toy Story, Buffy The Vampire Slayer, Dr. Horrible’s Sing-Along Blog, Firefly) and Drew Goddard (Buffy, Lost, Alias) and directed by Goddard. Obviously two talented writers who have already given us some great and original genre fiction. The film circles around five university students who hop into an RV and head to a…… Read More »Cabin In The Woods

Do you know what’s a bad idea? Waking up at 1am. Wanna know what’s a worse idea? Going to a movie at 9:20pm. Yup… I fell asleep in a movie theatre. Fortunately, Ashley was kind enough to give me a nudge and wake me up… and then mean enough to laugh at me. I can’t blame my sleeping on the film. As the film was absolutely wonderful. A young woman must compete in a life or death battle, all so that her younger sister doesn’t have to face the danger. It’s a story of danger, and violence, and love, and awesomeness. Just rest beforehand.

Congratulations to Christopher Plummer on his Oscar. As good as you were in The Beginners, to me, you will always be General Chang.