Doctor Who Serial 011 – The Rescue 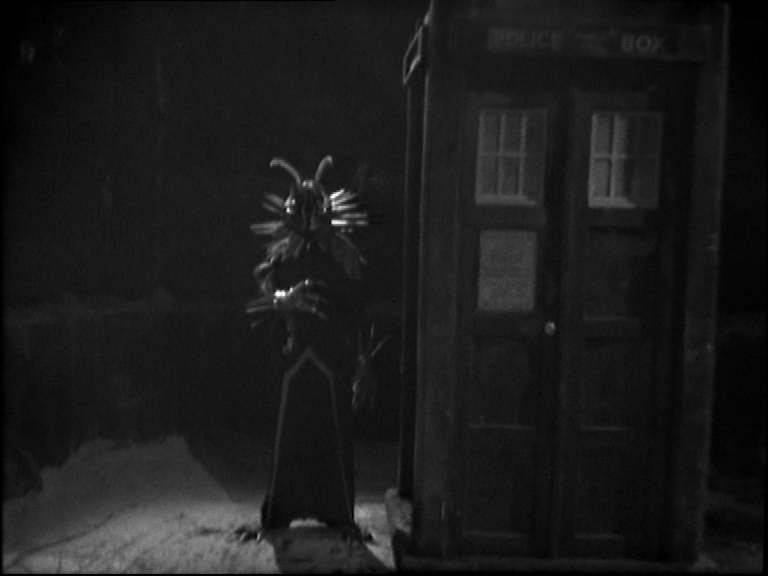 Synopsis: An Earth space rocket from the 2490s is crashed on Dido. The only surviving crew are Vicki Pallister and the injured Bennett. They’re being terrorized by Koquillion (pictured above), or is it Coquitlam? One is an alien, one is a city in British Columbia.

This is the first story with our new buddy Vicki. Her equipment picks up the TARDIS in the distance, and she’s excited to think it’s the rescue ship. We learn that the ship is still three days away, and Koquillion is unaware of their intended visit to Dido.

This is the first time The Doctor has visited a planet before the series began. He refers to the people of Dido as a pleasant people but Koquillion has tried to kill Barbara and locked The Doctor and Ian in a cave. 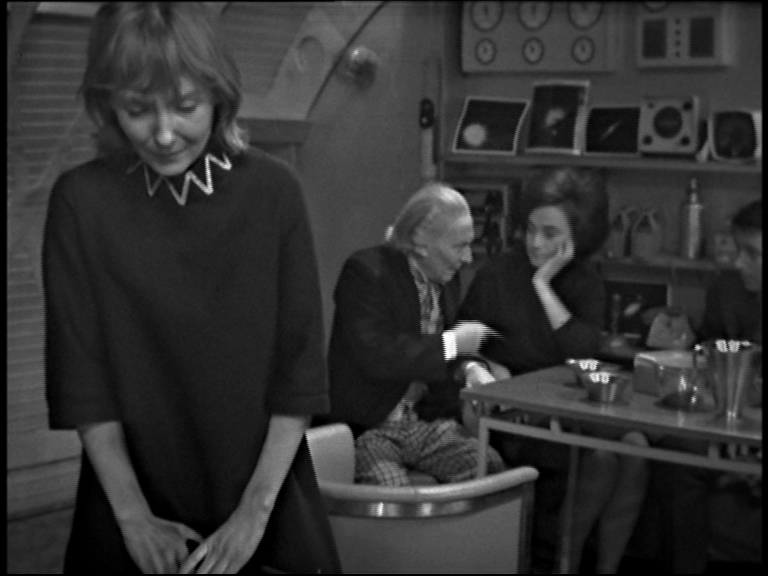 The Doctor and his crew are arrogant and sure they know right. They insist on rescuing Vicki and Bennett from Coquitlam, even after the warnings of danger and worry of jeopardizing their rescue. Here we see Vicki sobbing while wearing a dress inspired by the fashion of Kermit The Frog.

Vicki’s not going to be an easy one to take. If this story is any indicator, at least she won’t scream as much as Susan, but she’ll sob more.

The Doctor, however, is a condescending asshole.

Maureen O’Brien is 21, while Carol Ann Ford was 24 at the time. Ford looked 14 when she left the show as Susan, while O’Brien looked 18 when she started. Apparently Doctor Who likes girls who look younger than they are. Maybe Michael J. Fox from the 1980s should be the next companion.

OH MY GOD! THIS STORY HAS A SCOOBY-DOO ENDING!

Well… a Scooby-Doo episode with genocide.

We can travel anywhere and everywhere in that old box as you call it. Regardless of space and time.” – The Doctor tells Vicki