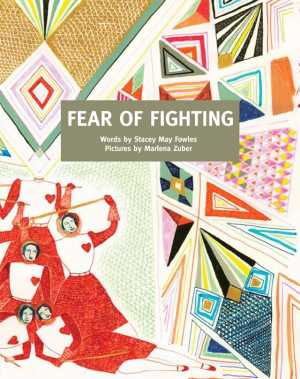 I used to work at a computer store. It wasn’t a great job. I worked in corporate sales. My then-coworker Vince1 used to befriend his clients, he really liked them. I didn’t get it. Customers were the bane of my existence, they came in, asked stupid questions, wanted better pricing, took up time that could be better used drinking, or reading, or what-have-you.

Maybe this is why I wasn’t a very good salesman, I never understood the joy of sales, to me, the job was a means to an end, not a career, but a stop-gap until I figured out what the hell I wanted to do with my life. Surprisingly it worked, that job led to my career. I’m a twenty-something with a CAREER. Back then, I was a character from Clerks, two-dimensional characters making Star Wars jokes. Sure there were a handful of stories I could tell from my time there, which did give me joy. There was the time I fixed Geordi LaForge’s iPod.2 I also created a flag in the company POS, for what we called lame-ass celebrities,3 then we’d type in “LAC” under keywords.

“My lord, what the hell does this have to do with that book cover pictured above?”

I was getting there. I had this one4 client, Stacey Fowles, a really incredible woman. She was working for a non-profit, who went through a lot of ink. I tried to convince them to switch to colour lasers, they nixed that, oh well, it meant I got to see Stacey more often. I looked forward to her visits, and when she’d pop by we’d spend an hour or two on the sales floor chatting, rarely about anything work related, with lots of “I should get back to my desk” or “I should get back to my office.” It’s through her that I learned the term “gaybourhood” which I much prefer to “the village” and use in everyday conversation.5 I assume she doesn’t remember me, but I enjoyed that intermittent friendship we had.

So Stacey was writing her first novel, somehow I believed that she was actually writing a novel, and not one of the million people who are “writing a novel.”6 She wrote that novel, it’s called Be Good, and it’s really good. The day I found out it was published, being the poor stalker I am, it was considerably after it was published, I immediately hopped in my car and drove to da Yorkdale.7 I read the book cover-to-cover… over the span of a week, and thoroughly enjoyed it.

Now, sick in bed, a couple years later I had the opportunity to read her second novel, Fear of Fighting, over the past two days.

Bored as you are with my personal attachment to Ms. Fowel’s writing, I’ll now tell you about the novel.

Fear of Fighting is told in the first-person by Marni, a twenty-something woman who guides the audience through her relationship with Ben. From first “date” when Marni stands by his side as he wretches, through sex, through love, through aggression, through breakup, through hatred, through acceptance and standing by Ben’s new girlfriend’s side as she wretches.

Fowles’8 describes a breakup that is perhaps the most accurate and bare of any I’ve previously read.

In our final days Ben got drunk more often and I got high more often, and it got to the point where all the time we spent together was simply time spent watching Battlestar Galactica and tolerating each other via intoxicants. Ben would fall asleep on the couch to avoid sharing a bed with me, and while he slept and snored I would stare at him with utter disgust.

Her prose are compelling, straight to the point, and beautiful in their nude honesty. She will occasionally include a chapter, which is four pages at the most, told from the voice of Neil, her older neighbour who’s in love with her, but she assumes is gay, based on the fact that they live in the gaybourhood. It’s a narrative choice she made in Be Good, to tell the story using different voices, and I think in Fowles’ first novel causes a clutter that is often hard to navigate between. With Fear of Fighting, Fowles clears up the clutter, and the narrative jumps are much clearer and better aid the narrative of the story.9

Fowles doesn’t pull punches, and chapter 24, which is transcribed below in its entirety really sums up Marni’s paranoia, and depression.

I think at some point the fear of dying alone outweighs the fear of fucking the same person for the rest of your life.

Because I knew Stacey in the limited nature of a flirty, but professional relationship, reading this book I’m seeing many aspects of the woman I once knew in Marni, but it’s hard to resolve my mind’s connections between Stacey and Marni. The Stacey I knew was never insecure or unsure of the woman she was, and that is the central makeup of who Marni is and yet there are so many pieces here and there which I relate to the author and so while reading it I was imagining Stacey, an altered Stacey, but a Stacey none the less. Those who have never met her, fortunately will never make that connection, and so they can see Marni as I’m sure she’s intended.

I’ll leave you with one of my favourite excerpts from the novel.

I can remember a time before, when I was not this alone. A time before, when I was part of a “we.” I got invited to dinner parties and was treated as if I was worth something more simply because I had someone to share my bed with. That’s the way the world works; people in partnerships are somehow worth more simply because they have someone to consistently fuck.

ETA: Allegra says this post makes it sound like the book is a “chick book” and I thought I’d mention that it totally is.

All my best,
Adam

2 thoughts on “Fear of Fighting”