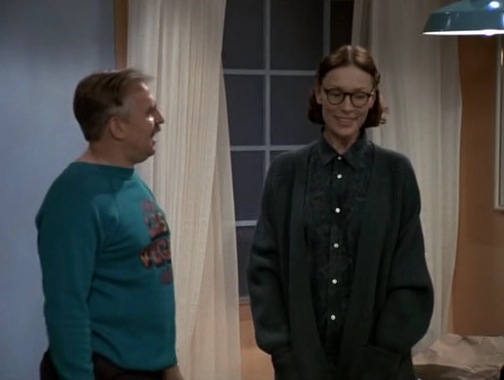 Been watching Cheers lately, I grew up on this show, and it’s always been awesome. Watching it as an adult you see very different things, like when Woody says a line that was very obviously written for Coach, or just how much of an asshole Sam is.

In this episode, Cliff gets a girlfriend… yes, that Cliff. He’s ashamed of his girlfriend, and won’t take her to Cheers, until after he puts her through a makeover. Am I the only insane one who thinks she’s much better looking pre-makeover?