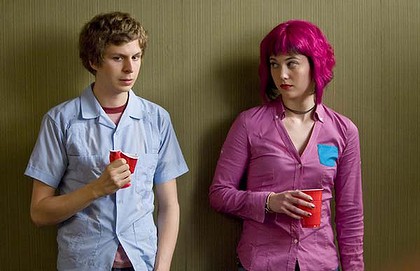 Scott Pilgrim vs. The World

When I heard that Edgar Wright was directing a film based on the Scott Pilgrim series of graphic novels, I was stoked. I wouldn’t let the cynicism of a certain Pilgrim fan-girl bring me down, and I’d hope for the best. I was wrong. I was completely and totally wrong. I expected this film to be amazing, and it went well above and beyond any expectations I had. The Story A young man named Scott Pilgrim meets a foreign girl named Ramona Flowers who recently moved to his city, he falls for her, but to win her, he must defeat her seven evil-exes. That’s pretty much the story in a… Read More »Scott Pilgrim vs. The World